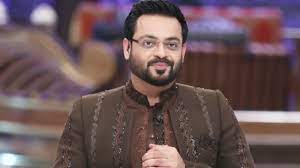 Aamir Liaquat Is Survived By His Three Wives And Two Children

Dr. Aamir Liaquat Hussain, a politician and television broadcaster, was discovered dead at his house on Thursday. He was discovered unconscious at his home and was transported to Aga Khan University Hospital.

The politician’s post-mortem examination will take place at the Jinnah Postgraduate Medical Centre.

Aamir Liaquat Net Worth At Death Was $2 Million

Aamir Liaquat’s net worth was estimated to be $2million at the time of his death. The politician and artist from Karachi was discovered unconscious at his home and was transported to a hospital in the province’s capital.

Due to his grave condition, the 49-year-old was transferred to a private hospital in the port city, but physicians were unable to resuscitate him.

The death of the legislator was also confirmed by National Assembly Speaker Pervaiz Ashraf, who postponed the house’s session to mourn the occasion. The house’s proceedings have been delayed till 5 p.m. tomorrow due to his death.

According to Tribune, the anchor kept his room door closed and his house staff knocked on it multiple times without success. Aamir began feeling ill last night, said staff, and he complained of chest discomfort.

The former congressman was then transferred from his home in Khudadad Colony to a hospital.

Separately, the ex-driver MNA’s reported to police that they heard a “scream from his [Aamir’s] room a day before.”

According to police, the deceased’s body would be sent to Jinnah Hospital or Civil Hospital for a post-mortem before being returned to the deceased’s immediate relatives.

Aamir Liaquat Hussain was one of the wealthiest television personalities from Pakistan. He lived in a magnificent home with all contemporary conveniences.

He was a politician, pundit, television personality, and comedian from Pakistan.

Liaquat was a top-ranking TV anchor who was named three times to the list of the 500 most influential Muslims in the world, as well as one of Pakistan’s 100 most popular celebrities.

He served in Pakistan’s National Assembly from August 2018 until October 2021, when he resigned from the Pakistan Tehreek-e-Insaf.

Furthermore, Liaquat also worked as a member of the National Assembly from 2002 to 2007. And as Minister of State for Religious Affairs in Prime Minister Shaukat Aziz’s federal cabinet from 2004 to 2007.

Liaquat must have earned a fortune from both his political as well as entertainment career. Hussain was a radio personality on FM101. For many years, he has also hosted Ramadan transmissions, including Suhur and Iftar.

He was also a founding member of Geo TV and the managing director of the ARY Digital Network. He also retained his positions as president of Geo TV and Express Media Group.

Hussain was set to make his Pakistani cinema debut in an upcoming film by Syed Noor, with Saima Noor in the main role. Unfortunately, his dream died with himself.

Aamir Liaquat Is Survived By His Three Wives And Two Children

Aamir Liaquat, 50, was married three times throughout his life. However, he has a daughter, Dua Aamir, and a son, Ahmed Aamir from his first wife, Syeda Bushra Aamir.

However, he married his second wife Syeda Tuba Anwar in June 2018. Unfortunately, this marriage lasted around three years.

Then again in February 2022, Amir married Syeda Dania Shah, who was 18 at the time. But, after three months of marriage with Mr. Hussain, his third wife, filed for divorce in May 2022.

His last insta post shows his disappointment in his three wives. May Allah forgive his soul.#amirliaquat#AamirLiaquatHussain #AamirLiaquat#عامر_لیاقت_حسین pic.twitter.com/HnK3yri9Hp

According to News International, Hussain used to physically torture Dania and compel her to create sexual tapes with his friends.

Shah said that her four-month marriage to him had been nothing but “torment.” She claimed that Liaquat beat her when he became inebriated.

In response to his third wife’s charges of drunkenness, the televangelist stated that he did not use alcohol and did not abuse her.

He also linked a video collage of various audio samples and photos to his defense tweets, attempting to depict Dania’s ‘Jekyll and Hyde’ mentality.

Timesnownews reported that Shah has allegedly asked the court to force her husband to pay the Haq Mehr, home, and jewelry totaling over PKR 115 million.