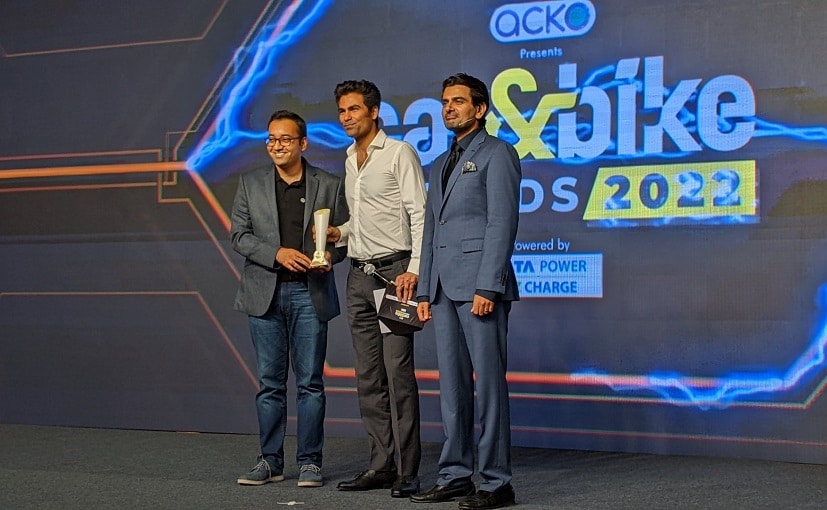 The 2022 carandbike Two-Wheeler Manufacturer of the Year is one of the most prominent homegrown electric vehicle manufacturers.. Ather Energy,. The award certainly is a prestigious one for a company which began as an EV start-up not too long ago. It introduced a very impressive product, which not only won the cnb 2021 Electric Two-Wheeler of the Year award, but also walked off with the 2021 Scooter of the Year awards and the coveted 2021 CNB Viewers’ Choice Scooter of the Year honour. Ather Energy has not been resting on such laurels but has followed up with regular updates of its 450X and 450 Plus electric scooters. The brand has also been increasing its pan-India footprint. Focussing on EV infrastructure as well, Ather Energy has also established its dedicated Ather Grid network of charging infrastructure across many major cities.

The Ather 450 range of electric scooters offers performance and technology, and has established solid brand equity in the electric two-wheeler space.

Earlier this month, Ather Energy rolled out the 25,000th unit of the 450X. And going forward, the company is looking at expanding its pan-India presence and also ramp up sales. 99 per cent of Ather’s components are locally sourced, including the battery pack which the company manufactures at its facility in Hosur, Tamil Nadu. To complement its growing retail footprint, Ather recently commissioned its second manufacturing facility in Hosur to increase its capacity from 1,20,000 units to 4,00,000 units anually. Clearly, in the EV space, Ather Energy has not just created solid brand equity, but has followed it up with steady and definite progress, both in presence, as well as establishing a product which has earned the trust of customers.