What was Colonel Tom Parker’s Net Worth?

Colonel Tom Parker was a Dutch-American talent manager and musical entrepreneur who had a net worth of $1 million at the time of his death in 1997. Colonel Tom Parker was best known for being the manager of Elvis Presley. He facilitated Presley’s rise to superstardom in the 50s, and also influenced his decisions to accept his military draft and to marry his wife Priscilla, among other things. Following an investigation in the early 80s, a judge ruled that Parker’s management of Presley had been unethical.

Despite earning over $100 million during his lifetime, at the time of his death Colonel Tom Parker was reportedly worth less than $1 million. He also reportedly had as much as $30 million worth of gambling debts at various times in his life. He also lost a large portion of Elvis’ personal wealth. At the time of Elvis’ death, he was worth just $5 million, a relatively-modest amount considering his enormous level of success and fame.

Colonel Tom Parker was born as Andreas Cornelis van Kuijk on June 26, 1909 in Breda, Netherlands as the seventh of eleven children of Adam and Maria. Growing up, he worked as a carnival barker in his hometown. When he was 15, Parker moved to Rotterdam, where he worked on boats. A few years after that, he illegally entered the United States by jumping ship from the boat of his employer. Parker then returned to the Netherlands before going back to the US when he was 19, again illegally. There, he worked at carnivals.

Parker enlisted in the US Army shortly after his return to America. To hide that he was an illegal immigrant, he adopted the name Tom Parker, which was the name of the officer who interviewed him. For two years he served in the 64th Coast Artillery at Fort Shafter in Hawaii; he then re-enlisted at Fort Barrancas in Florida. However, after his re-enlistment, he went AWOL and was charged with desertion. Parker was consequently sent to solitary confinement. When he came out, he suffered from a psychosis that led to a brief stay at a mental ward, causing him to be discharged from the Army.

After being discharged, Parker returned to carnival work, working as a carnie with Royal American Shows from 1931 to 1938. Following this, he entered the music industry as a music promoter. The first major artist with whom he worked was popular crooner Gene Austin. During this time, Parker also served as a field agent for the Hillsborough County Humane Society, helping to raise funds and awareness for its work. Returning to music, he began managing such singers as Eddy Arnold and Tommy Sands.

Elvis Presley in the 50s

In 1955, Parker and Memphis radio personality Bob Neal began promoting the young up-and-coming singer Elvis Presley. While Neal was originally the singer’s official manager, Parker was the one most involved in running Presley’s career. Soon, he secured Presley a record deal with RCA Victor. Following this, Neal chose not to renew his management contract with Presley, leaving Parker as the singer’s sole manager. In 1956, Presley was launched to superstardom with the release of his first single for RCA Victor, “Heartbreak Hotel.” To further boost his profile, Parker arranged for him to appear on such popular television programs as “The Ed Sullivan Show” and “The Milton Berle Show.” Presley’s star continued to rise as Parker signed a merchandising deal with Hank Saperstein to fully commoditize the young singer.

Answering Presley’s desire to appear in films, Parker was able to secure him a seven-picture contract with Paramount Pictures. Presley went on to star in “Love Me Tender,” which spawned his eponymous hit single. He was subsequently in “Loving You,” “Jailhouse Rock,” and “King Creole.” In 1958, Presley received his draft notice from the US Army. Parker believed that serving in the Army would help cure Presley of his increasing waywardness, and convinced him to enlist. With Presley serving in West Germany, Parker did everything he could to keep the singer’s name on everyone’s lips, as he worried that Presley would fade in the public eye. 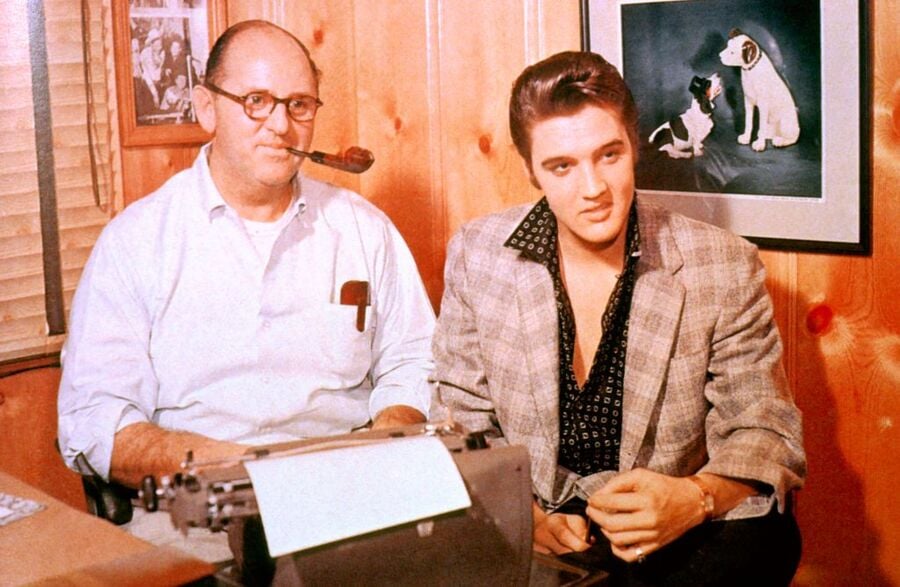 Upon his return from the Army, Presley appeared on Frank Sinatra’s television show. He subsequently performed at three charity events, and then suspended his live performing until 1968. During this time, Parker secured him long-term deals with film studios. Presley went on to star in 27 films during the decade, including “G.I. Blues,” “Wild in the Country,” “Blue Hawaii,” “Viva Las Vegas,” “Paradise, Hawaiian Style,” “Clambake,” and “Change of Habit.” Although the films were profitable, Presley complained about the quality of the scripts. Meanwhile, his career began stagnating as the British Invasion took over the United States. To garner Presley new publicity and to help tame his wild impulses, Parker had him marry Priscilla Beaulieu, who had been living with Presley for four years already.

In 1968, Presley achieved renewed fame when he starred in the NBC television special “Elvis.” Subsequently, Parker managed the singer’s successful return to live performing, with several dates set up in Las Vegas. Parker then managed a series of highly successful tours for Presley. In 1973, Parker had one of his greatest coups with Presley’s “Aloha from Hawaii” concert, which was broadcast worldwide from Hawaii. Following this, Presley’s career declined drastically as he became increasingly reliant on prescription drugs. Although Parker infrequently saw Presley over the ensuing years, he remained his manager until Presley’s passing in 1977. 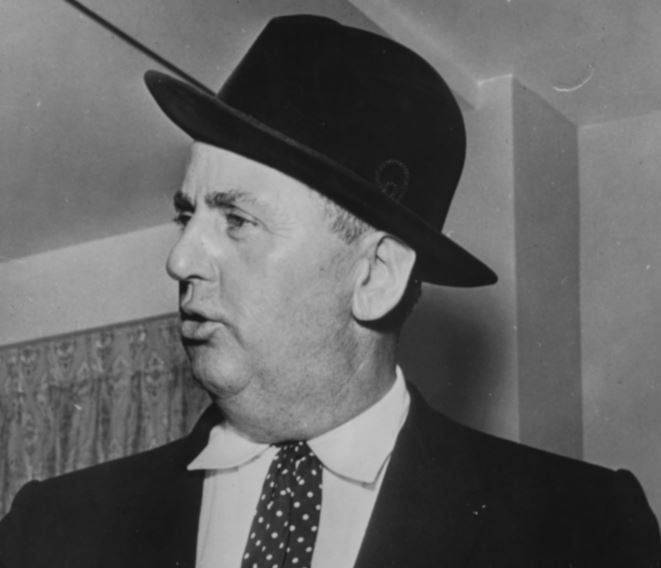 After Presley passed away, Parker established a licensing deal with Factors Etc. to control the singer’s merchandise. He also worked to maintain Presley’s estate, which was estimated to have cost around $500,000 a year in upkeep.

In the early 80s, an investigation was launched into Parker’s management of Presley. Attorney Blanchard E. Tual concluded that Parker’s deal of taking 50% of the singer’s profits was extortionate, as the industry standard was closer to 15-20%. Additionally, Tual determined that Parker’s handling of Presley’s business affairs was unethical. A suit between Parker and the Presley estate was settled out of court in 1983.

While working in the circus in 1935, Parker wed Marie Francis Mott. The pair worked together at carnivals early on before Parker’s career in management took off. In the 60s, Mott started showing signs of dementia, causing Parker to distance himself from her and find refuge in gambling. Mott passed away in late 1986 at the age of 78. Later, in 1990, Parker married his longtime secretary Loanne Miller.

By his final public appearances in 1994, Parker was suffering from a number of health problems such as gout and diabetes. In early 1997, he passed away from a stroke in Las Vegas at the age of 87.