Charles Leclerc converted his P1 in qualifying to a win and his teammate Carlos Sainz Jr overtook Verstappen in the later stages of the race. 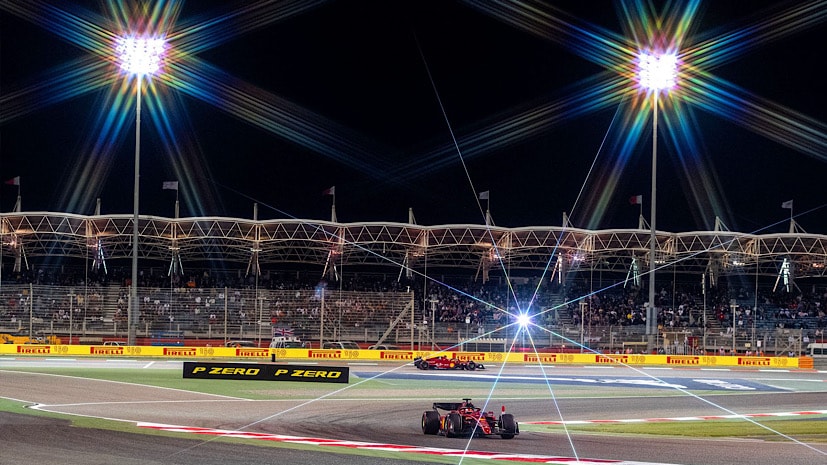 Ferrari has reaffirmed the promise it showed in pre-season testing

Ferrari announced its return to the top echelon of F1 after a hiatus of two years with Leclerc converting his pole position to a peerless race win which even included the fastest lap of the race. His teammate Sainz also caught up to P2 after Verstappen faced issues with his engine and steering wheel after a late safety car restart which eventually led to the world champion’s retirement. This meant this was the first time Ferrari won in over two years; a gap of more than 40 races with it having won its last race in Singapore in 2019 when Vettel won ahead of Leclerc. Leclerc now leads the world championship and Ferrari leads the constructors.

For Red Bull, the race turned into a nightmare as the second Red Bull of Sergio Perez also suffered engine reliability issues which resulted in his car spinning and retiring on the last lap of the race which handed Lewis Hamilton and George Russell an unlikely P3 and P4. While Mercedes did well with damage limitation, it was estimated that the silver arrows have a huge race pace deficit to the Ferrari and the Red Bull that could be as big a second per lap.

In 2019 when the technical directives were issued by the FIA, they were directed at fuel flow regulations targeting mainly Ferrari which had displayed awesome straight-line speed. In the wake of the regulations, all Ferrari-powered teams lost performance which hit the Haas and Alfa Romeo teams even worse as the last two seasons the teams were battling at the fag end of the grid. The new Ferrari engine seems to be very reliable and incredibly powerful. Kevin Magnussen returning for the Haas managed an unlikely P5. Valtteri Bottas in his first race for Alfa Romeo managed P6 while his rookie teammate Guanyu Zhou managed P10. There were 5 cars with Ferrari power in the top 10. And Mick Schumacher in the other Haas was P11 just outside of the points.

For Red Bull, this was a disaster as apart from its main team having late retirements, the AlphaTauri of Pierre Gasly was the first car to retire in the race on lap 47 when his car lost power and caught fire which triggered a safety car. Tsunoda in the other AlphaTauri in P8 was the only saving grace for Red Bull powertrains which made its debut as an engine manufacturer in this race. It’s a branding change as the engine was developed and is maintained by Honda after it left F1 at the end of last season. For Alpine, this was also a decent race as Esteban Ocon and Fernando Alonso managed P7 and P9 and its new engine held its own against the rivals.

Lance Stroll in the Aston Martin came P12 followed by Alex Albon in the Williams. The McLaren pair of Ricciardo and Norris capped off their horrid weekend with a terrible P14 and P15. Nicholas Latifi (Williams) managed P16 while Nico Hulkenberg who was recruited to replace the COVID19 afflicted Sebastian Vettel managed P17 and was the last of the finishing cars on the grid which reflects very poorly on Aston Martin considering the investment that Lawrence Stroll has made on the team.