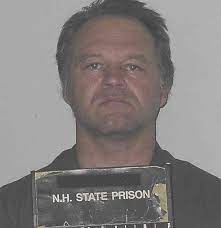 In July 1999, Mary Stetson, a loving mother, disappeared suddenly after what was supposed to be a fun night out. The case was then solved after another missing person report brought the culprit to the authorities’ attention. Investigation Discovery’s ‘Swamp Murders: River Monster’ chronicles Mary’s brutal murder and the extensive evidence that tied her killer to the case. So, if you’re curious to find out more, we’ve got you covered.

How Did Mary Stetson Die?

Mary Stetson was a 40-year-old single mother of five living in Manchester, New Hampshire. She was described as someone who was always on the go, working hard to provide for her children. Apart from working the night shift at a local factory, Mary also cleaned houses on the side for some extra income. On July 18, 1999, she had planned a night out with a date.

When Mary’s date didn’t show up, she left in a cab at around 5:30 pm. That was the last time Mary’s family saw her. She was reported missing by the oldest daughter on July 20, 1999. But on the same day, swimmers at the Piscataquog River in New Hampshire made a gruesome discovery; they found a torso without the head and limbs in a duffel bag. The remains were later identified as Mary’s, and the cause of death was about a dozen stab wounds in the front and back.

As per the show, the authorities initially looked at Mary Stetson’s date for the night, Jeffrey. He told the police that he didn’t meet her that night but got drunk with a friend at a bar instead. From the cab records, the police learned that Mary went to a local bar, and witnesses reported seeing her with a man that night. However, the case hit a wall with no further information on the man.

Things suddenly picked up when Donna Plch called the authorities on August 5, 1999. She wanted to report her ex-husband, Vaclav Plch, missing. Donna told the police that she hadn’t seen Vaclav in about a month. According to the show, she believed that he had something to do with Mary’s murder. So, the authorities set out to Vaclav’s apartment. There, they found that a large piece of the carpet on the bedroom floor was cut out.

The ensuing search of the bedroom revealed more evidence. Donna said that a bag that usually carried Vaclav’s fishing gear was missing. Then, the police also found traces of blood on the wooden paneling and carpet fibers. Apart from that, they found knives, a handsaw, and some bloody sheets and towels. It was clear that Vaclav’s bedroom was the scene of a violent struggle. Through analysis, the blood was confirmed to be Mary’s; the evidence had both Mary and Vaclav’s DNA.

Vaclav was traced down to Austin, Texas, with Donna’s help and arrested. The police found pants with some blood in the trunk and a bloodstain (confirmed to be Mary’s) on the backseat. Initially, he claimed to have nothing to do with the murder. But later on, Vaclav made many incriminating statements. While he never confessed to killing Mary, he claimed to have found her dead and then dismembered the body. Vaclav eventually told the police where he hid the other body parts, bringing the case to a close.

Where is Vaclav Plch Now?

In November 2000, Vaclav Plch was found guilty of murdering and dismembering Mary. The authorities believed that Mary ended up coming to his apartment but rebuffed his advances at some point, which led to Vaclav getting upset and attacking her. He was sentenced to life in prison without the possibility of parole for the crime. Records indicate that Vaclav, now 62, remains incarcerated at New Hampshire State Prison for Men Concord, Merrimack County.