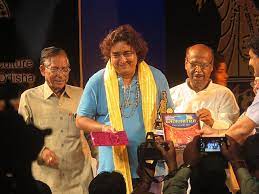 Veteran Odia film and theatre artiste Raimohan Parida was found hanging in his residence in Prachi Vihar area of Bhubaneswar on Friday, police said. He was 58.

Parida is survived by his wife and two daughters.

His family members found him hanging from the ceiling of his room in the morning.

Prima facie, it seems to be a suicide case but further investigation is underway, a police officer said, adding the body will be sent for post-mortem examination.

Known for essaying negative roles, Parida has acted in over 100 Odia films and 15 Bengali movies. He was also a popular figure in theatre.

Popular actor Siddhanta Mahapatra, who has acted with Parida in several movies, said, “It is hard to believe that such a jolly person, who has experienced several ups and downs in life, can think of doing something like this. He was highly successful in the profession.”

Another actor Sritam Das said it was unbelievable that Parida, who had ..,